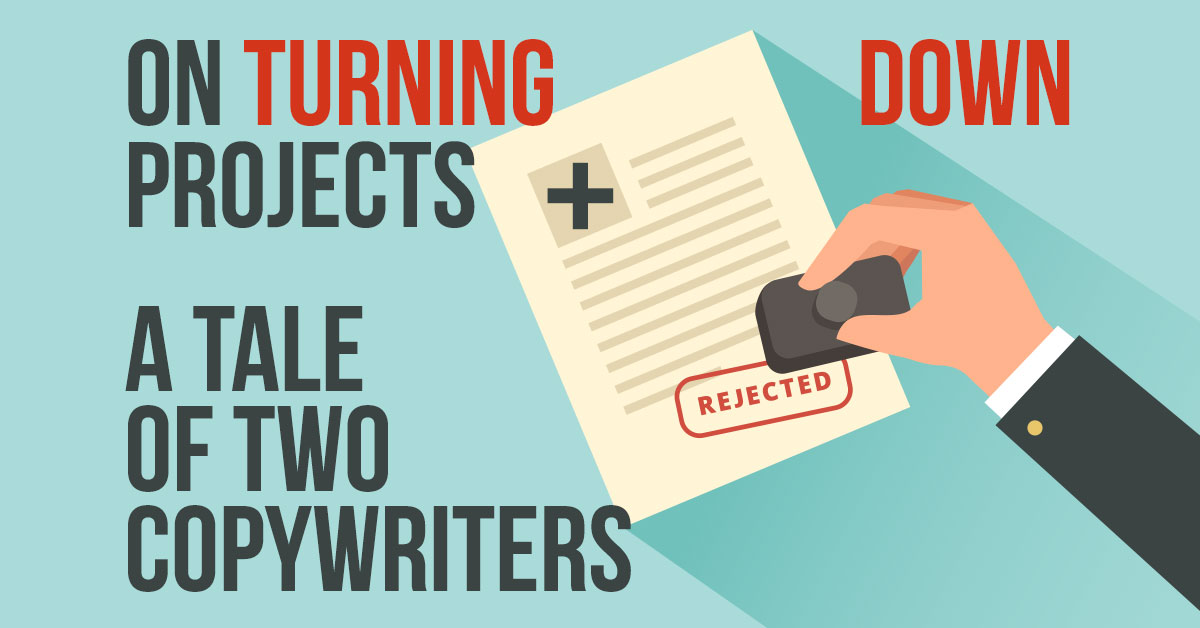 On Turning Down Projects + “A Tale Of Two Copywriters”

One of the factors behind my success as a direct response copywriter is that I turn down projects pretty regularly. I do this for a lot of reasons, including: 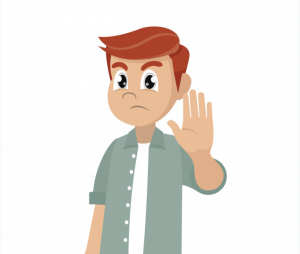 -We can’t agree on a dollar amount

– I’m not passionate about the product/offer/niche

– Their copy is already good and I think their money could be better spent somewhere else.

In this post I want to talk about that last point, because it may surprise a lot of people. 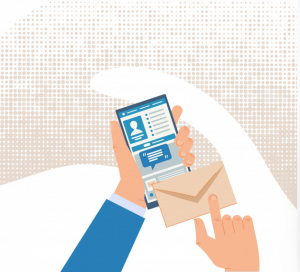 I was recently referred to someone who wants to launch a new health offer on Clickbank. This person emailed me with some background info and asked what my price would be. I replied that my standard rate is $50k for a sales letter. The individual then replied back saying that’s what they expected, that they really wanted to work with me, and they’d need a few months to get the money together. They also shared the current sales copy that they’d “thrown together.”

This morning I looked at that “thrown together” sales copy. And it was pretty good. In fact, there was a lot of stuff I liked in it. 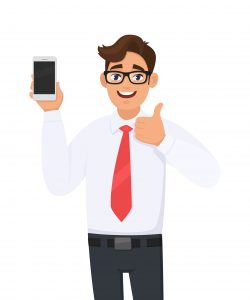 So, I let the prospective client know. Specifically, I replied and told them that they should launch the offer with their own copy and see how it does. Then, if the numbers aren’t strong enough, they could look at engaging me for a “beat your control” type situation. I LOVE beat your controls, my version almost always wins, and frankly it’s less work for me too which is nice. Plus, for a beat your control type project, my rate is often 50% of what I charge for something brand-new. So, it’s more economically viable to the prospective client as well.

Now of course, if this person’s copy had been terrible, I wouldn’t have said any of this. But their copy really was pretty good. So it didn’t make sense for them to hire me. Being really blunt and honest: it would have been a waste of their money.

And that’s my point… 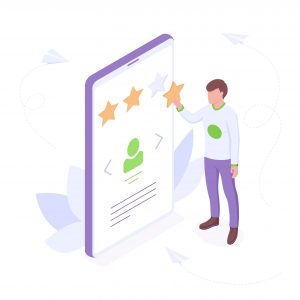 it’s also smart business on both sides. By being honest with this prospective client from the start, I set things up for us to have a much better long-term relationship. Let’s say he does launch with his current copy and the offer is going well and making him a bunch of money. He’s still going to be inclined to pay me $25k to beat his control down the road, because it’s a no-lose situation for him. And on Beat Your Controls there are normally performance bonuses built in for me, so the actual amount of money I’d stand to make from beating his control will likely be closer to $100,000 – $200,000.

So Prospective Client Wins by:

– Launching faster and likely making good money out of the gate

– Then using his profits to cash-flow hiring me at a future date, and at a smaller up front rate

– And when we do work together, I’ll move the needle for him even more, because I can take what’s already working, and make it even stronger and MORE profitable for him. 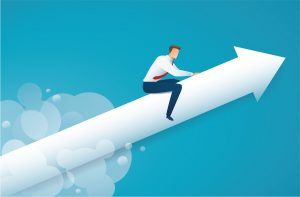 From a selfish perspective, I’m sacrificing a significant short-term gain for the possibility of an even more significant long-term gain. It’s a bit of a gamble, but it’s also the RIGHT thing to do, because right now this prospective client simply does not need to spend money on me, when his copy is already pretty good.

You might be reading this and thinking “wow, must be nice to be Stefan and have the luxury of saying no to $50,000.” And it is 🙂 But don’t dismiss what I’m saying. 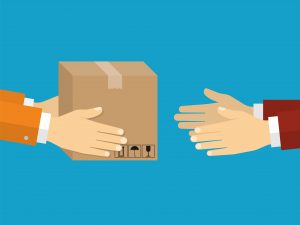 That principle, and it’s one of my guiding ones, is “Seeking To Give First and Receive Second.” That may sound counterintuitive, but it’s how you get ahead both in business and in life.

Another way of stating this principle is as such:

“Focus on delivering massive value to the people you come into contact with, and the rest will follow.”

This might seem obvious, but I see so many folks (especially copywriters) who have the opposite approach. These folks begin interactions with a “what’s in it for me” attitude. It leads to uninspired copy, poor results for clients, and a lack of repeat clients. This “me-first” attitude leaves them always scrambling to find new clients, pay their bills, and feeling like they don’t have enough money in the bank. It leaves them always “wanting” and never feeling satisfied or at ease in their lives.

As I’m typing this, I’m realizing I have a TON to say and could write an entire book on this topic. But for now, let me just finish with one more practical example.

Let’s say that “8 Figure Client” hires two copywriters to create a new offer for him.

They both charge $5,000 and quote an eight-week turnaround time.

Copywriter A – Spends the first seven weeks watching Netflix, reading Reddit, and going out to bars. Finally at around the “due date”, he realizes he needs to get this project done. So he rushes through the copy as fast as possible. He still tries to make it good of course, but he also feels constrained because of the lack of time. He tells himself the story of “if I’d started this earlier, I could have made this killer. Next time I won’t be so slow.” It’s a story he’s told himself countless times before though.

He finally sends the sales letter to “8 Figure Client” at the ten-week mark. It’s exactly what the client asked for, nothing less and nothing more. One finished sales letter.

Copywriter B – Spends a solid three weeks doing nothing but working on “8 Figure Client’s” offer. He does a ton of research, thinks through the arguments he’ll be making, develops nasty hooks, and is filled with confidence as he starts writing the actual copy. Copywriter B gets the offer to “8 Figure Client” EARLY. He includes 3 variations of the lead for the Client to test + 6 different headlines. He throws in two email creatives too, because he wants to make sure “8 Figure Client” can test the offer as fast as possible. Copywriter B also tells Client to keep him posted on the data, and that if the offer doesn’t perform as strongly as the Client needs, he’ll keep working on modifying the offer until it does.

Who is 8 Figure Client going to hire for his next offer?

If you’re a writer and you want to make more money, get a great reputation, and have clients coming to YOU instead of constantly stalking the Cult of Copy Job Board…

It will change your life pretty much overnight. 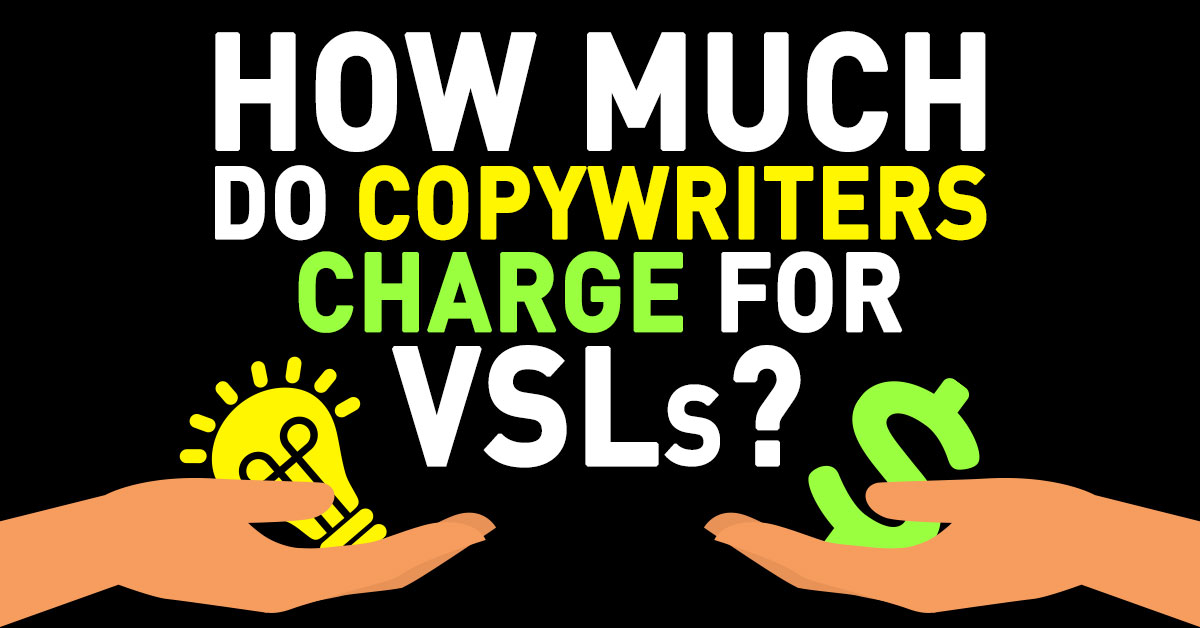 How much do copywriters charge for VSLs? 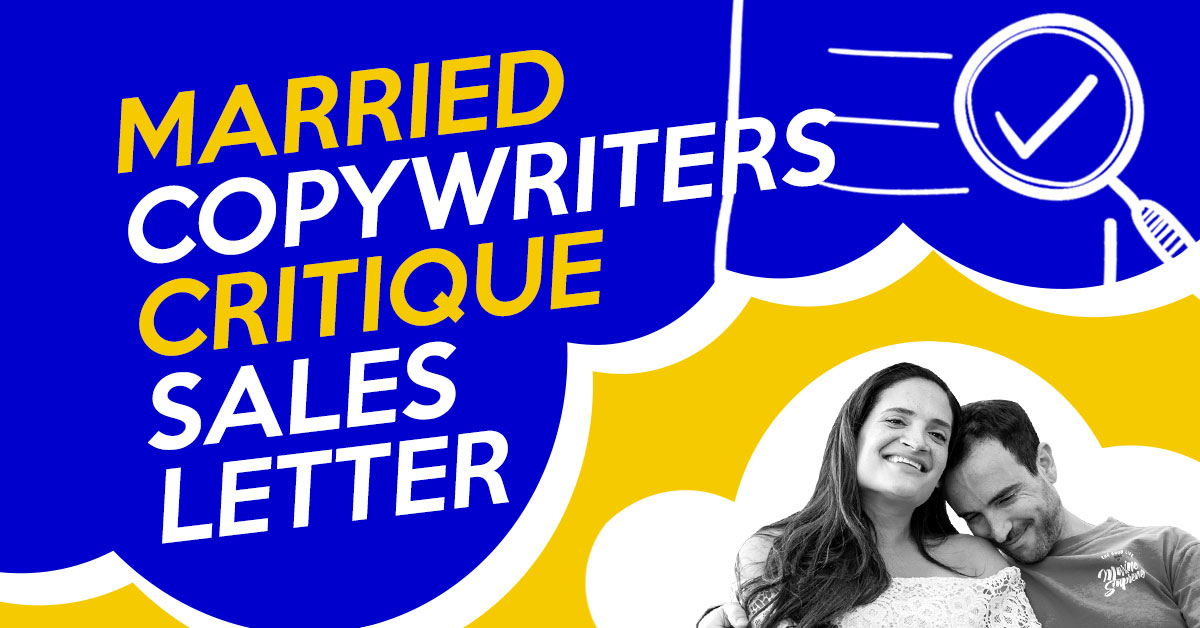 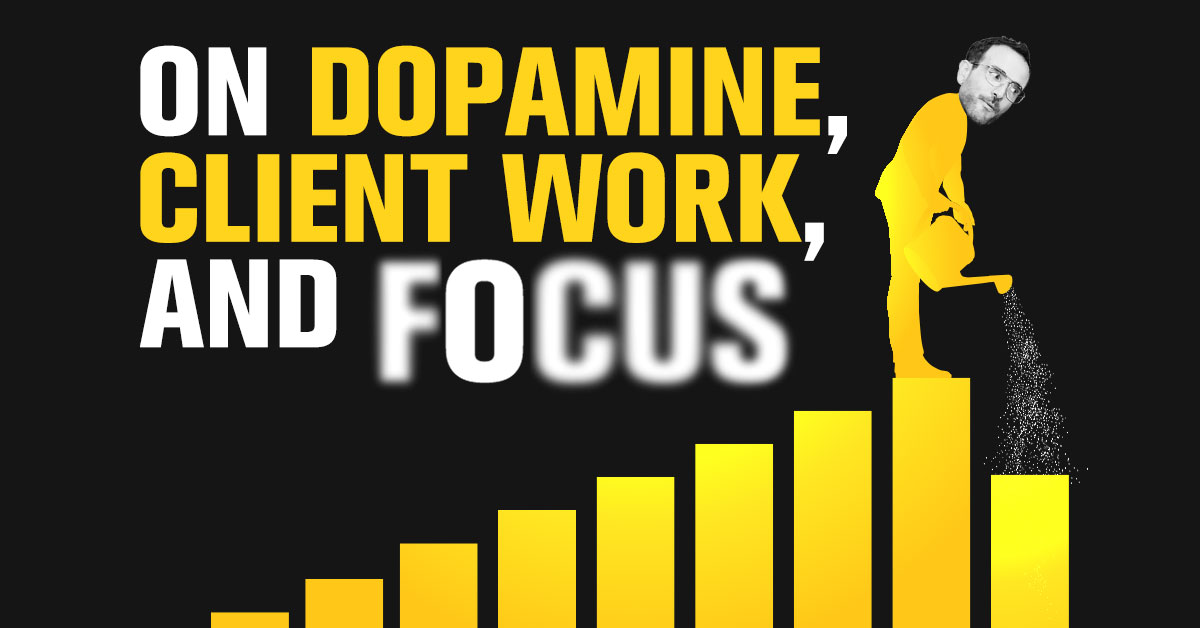 On Dopamine, Client Work, and Focus
← A Running List of Business Truisms / Stuff I Think About In the Shower A Decision Making Process + Ripple Effects In Business →

How much do copywriters charge for VSLs?