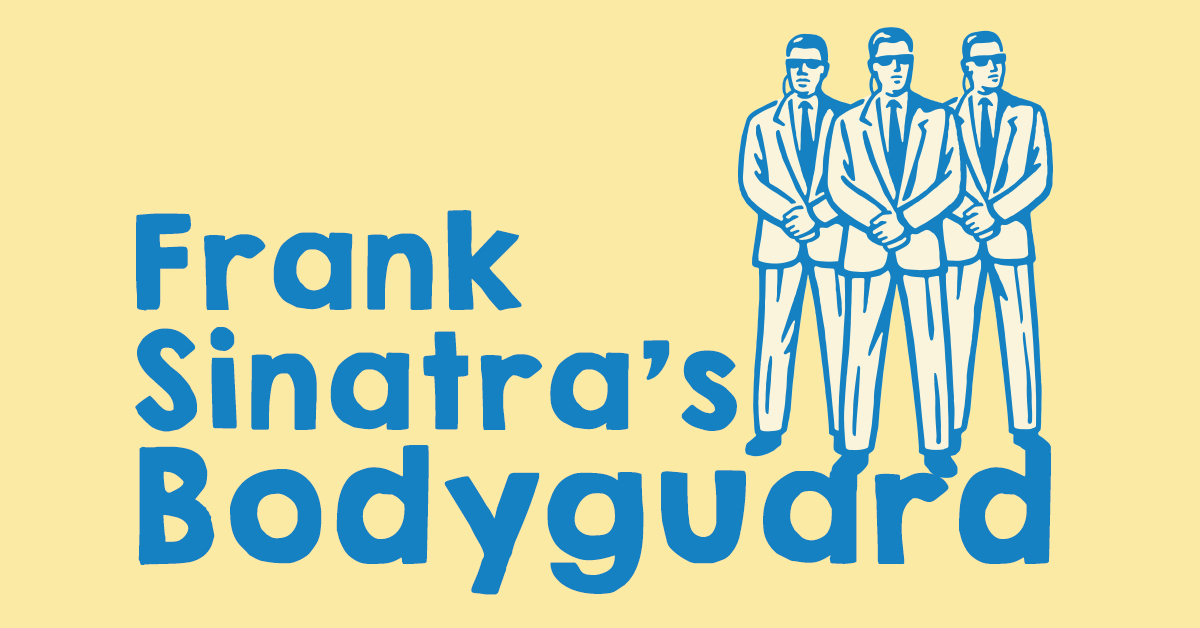 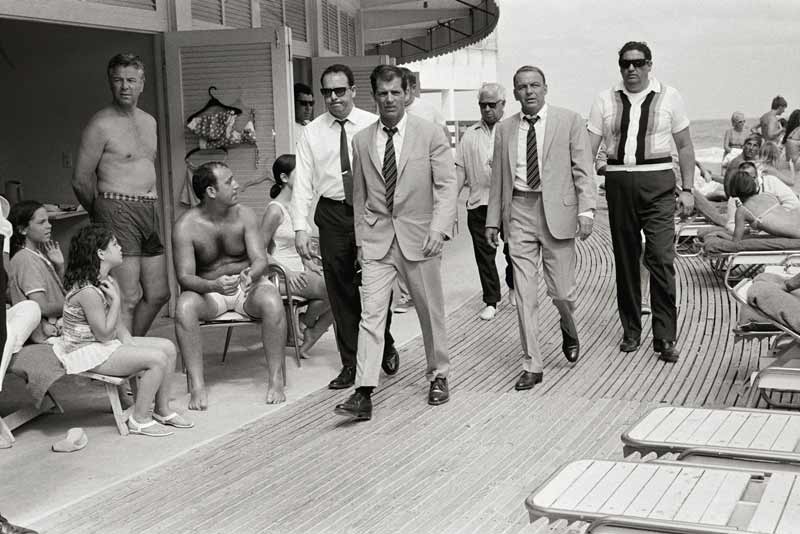 Check out this photo:👉

That’s Frank Sinatra and his entourage walking along the boardwalk of the Fontainebleau Boardwalk in Miami Beach. It was taken in 1968.

I’ve stayed in the Fontainebleau once or twice…

And in one of the corridors, they have a dozen or so big and glamorous photos of Frank Sinatra hanging on their walls.

There are a bunch of cool pictures, but this one photo keeps catching my attention.🧐

The big guy in the back right who stands about a head taller than everyone else.

Maybe some of you noticed that guy too…🤔

Though when the picture is blown up to be 6ft by 8ft, or whatever it is on the hotel wall…

And the ones who do look at it tend to just focus on Sinatra.

There’s nothing wrong with that…🤷‍♂️

But personally, I’ve become borderline obsessed with the tall guy in the back.

Here’s where my mind goes: 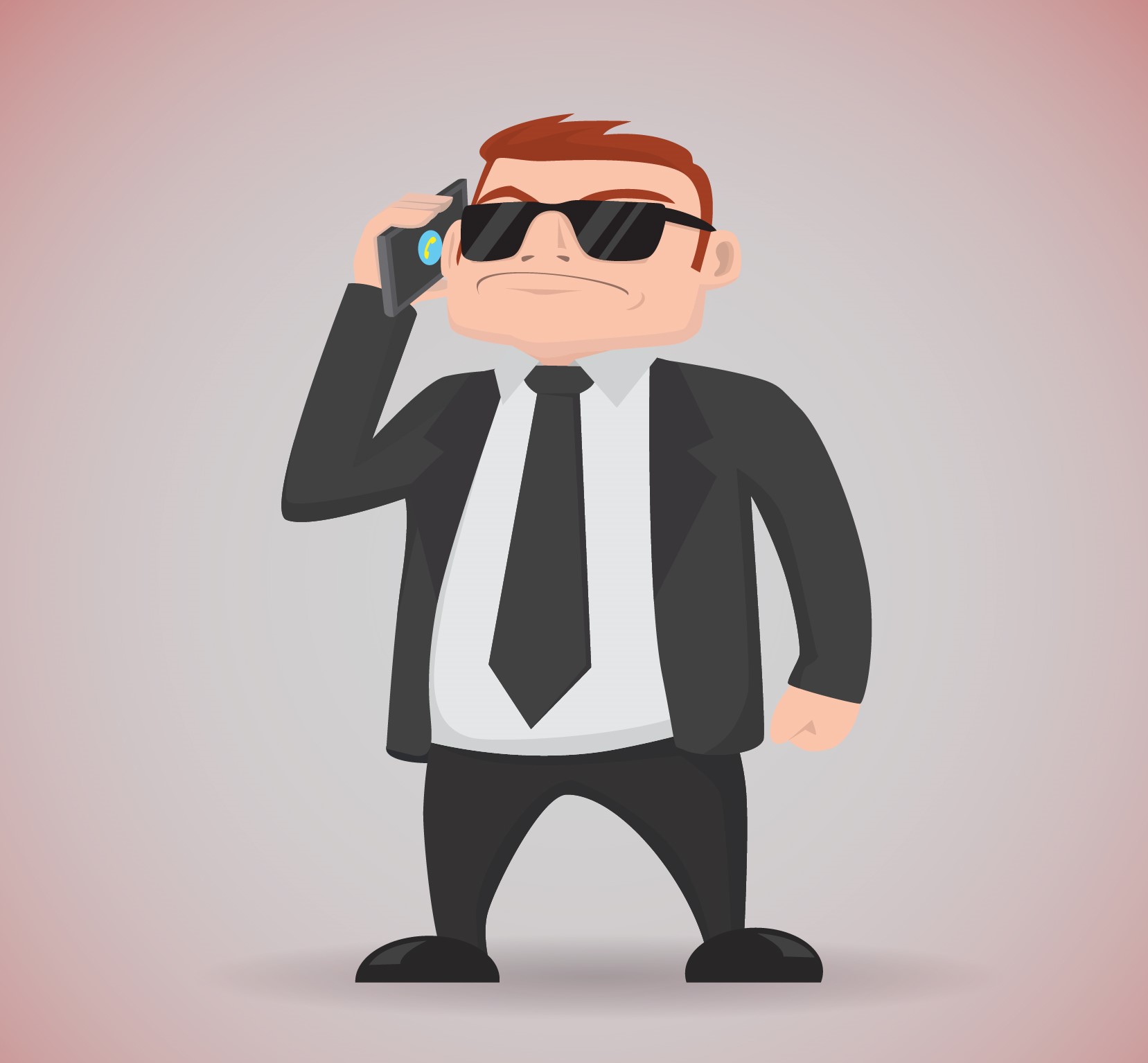 He’s for sure in the mob, right? He’s probably Frank’s bodyguard, but also has ties to a crime family. He’s been sent down to Miami Beach from New Jersey to make sure nobody messes with Sinatra, or that some business issue gets handled well. He’s hot and sweaty. He notices the beauty, of course, but he knows if anything happens to Sinatra, it’s on him. So that’s his focus, not the waves or the sun. The guy’s definitely killed people before.

And then I think about what happens when he gets home from Miami. I envision him walking into the door of a row home in New Jersey or New York, and his wife is in the kitchen, manipulating a sauce pan with one hand while holding a crying baby against her chest with the other. He’s exhausted but she lays into him, complaining about how the bathroom’s backed up again, and how she didn’t have enough money at the store for some of the groceries she wanted. As he listens he takes off his dress shirt, and now he’s just in his wifebeater. There’s a thick tension in the air, I just know he’s going to snap.

But maybe he doesn’t. Maybe that night he just says, “Jesus, enough Diane,” and she brings him a meal of angel hair pasta and a ragu sauce and some bad red wine and that’s it. Maybe he holds his son, little Angelo, and when he does, his wife sees all the good in him. Perhaps in that moment, she thinks that even if she can never forgive him for all of his sins – the women, the killing, the violence against her – she can’t help but love him. Maybe that’s where the scene ends.

Now I have no idea who this guy is. Perhaps he’s just a bodyguard from the film studio (this photo was taken during the filming of a movie). Maybe he’s Frank’s friend. No clue…

But I love letting my mind wander like this…😏

And I think that’s one of the things that makes me a great copywriter: I’m not afraid to go to weird places or think weird thoughts.

What’s missing is that weirdness. That sense of fun. The sense of childlike irreverence.

Is by not being afraid to be unique yourself. 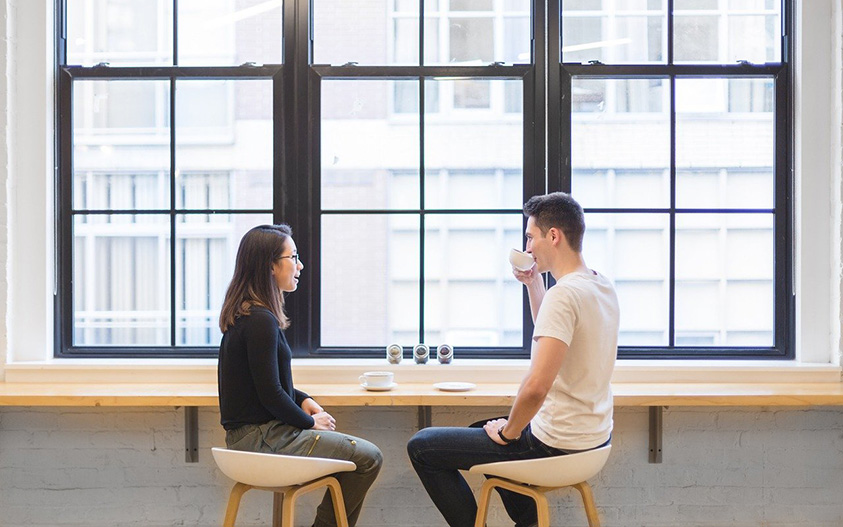 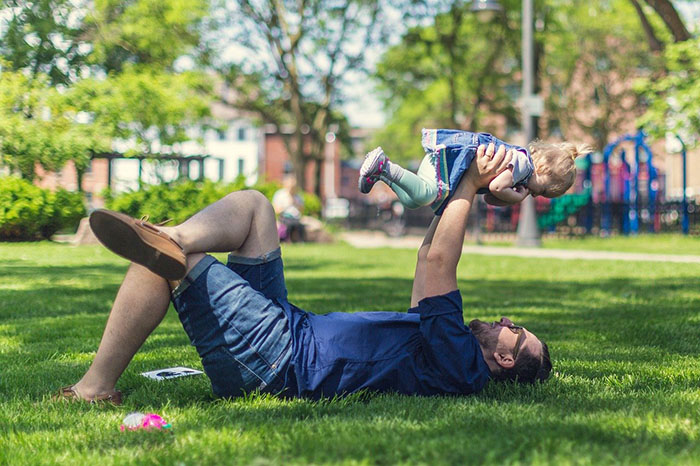 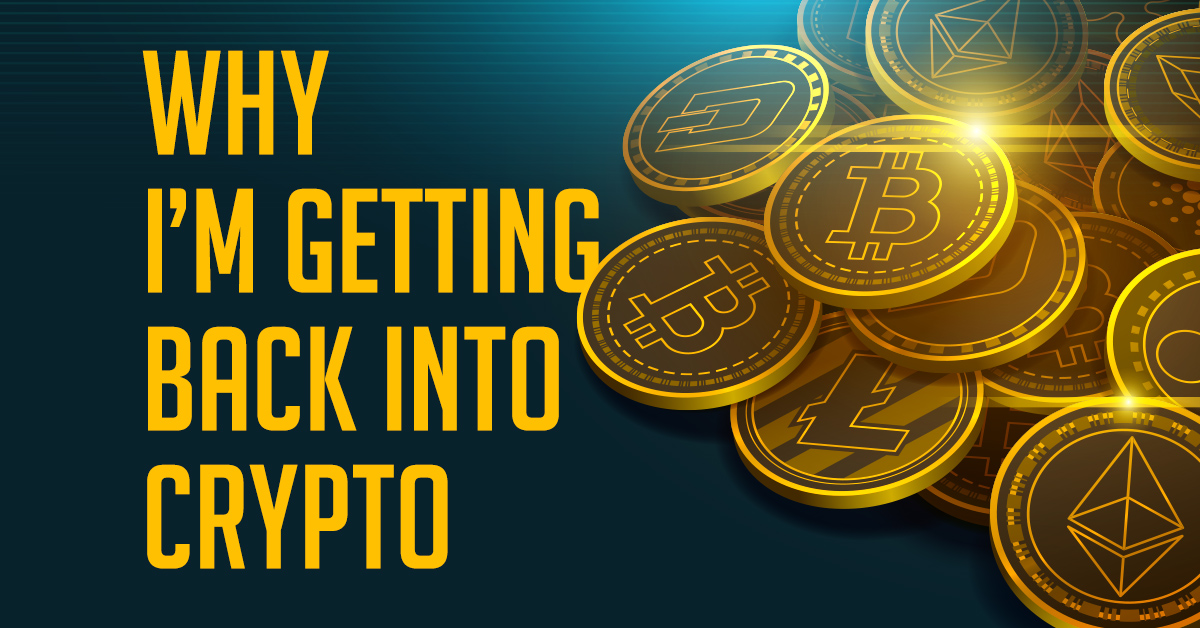