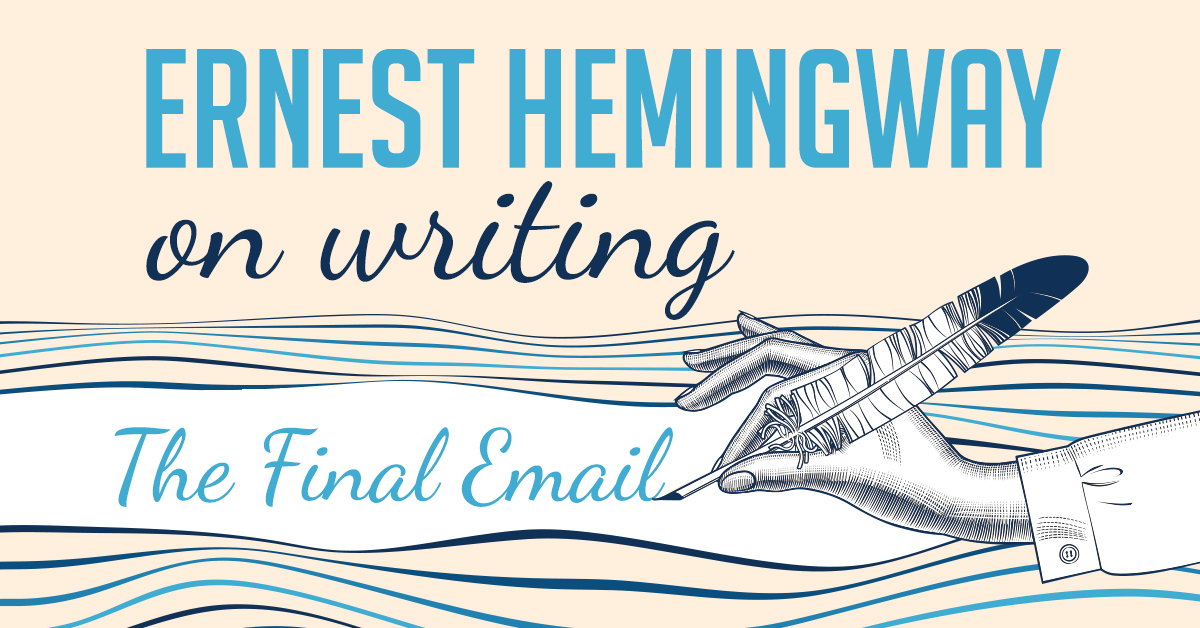 Over the past several posts, I’ve been sharing my takeaways from the book “Ernest Hemingway On Writing” and then talking about how they relate to copywriting.✍️

“You ought to be able to show that you can do it a good deal better than anyone else with the regular tools before you have a license to bring in your own improvements.” 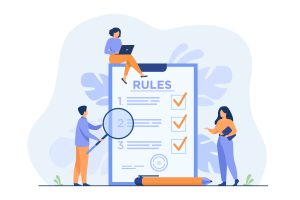 Hemingway was talking about the rules of grammar and your approach to writing in general.

On our end, we can apply this to the art of writing sales copy. There’s a reason my license plate says “swipe.” I think swiping is one of the magic keys that unlocks success as a copywriter.

In essence, the point here is that you’ve got to imitate before you can innovate. All great artists do this. But so do the great scientists. The great coders. The great athletes.

You get great by imitating and copying the greats who came before you. And it is only once you have truly mastered this that it becomes time to start breaking the rules.

I can’t tell you how many times I see young copywriters try to create copy that’s entirely “new” only to fall flat on their face. It might be intellectually “rewarding” for you to innovate out the gate, but it will rarely be financially rewarding. Instead, you’re more likely to produce a “bomb” that rattles your confidence and makes it harder to get hired for the next project.

Take what’s working and model off of that. What you’ll actually find is that there is still artistic freedom in modeling. You can’t copy and paste. You still do need to make changes, come up with ideas, and implement them. But you’re doing it within a framework, there are clearly defined boundaries, and it makes your work so much easier.

“The best way is to read it all every day from the start, correcting as you go along, then go on from where you stopped the day before. When it gets so long that you can’t do this every day, read back two or three chapters each day; then each week read it all from the start. That’s how you make it all of one piece.” 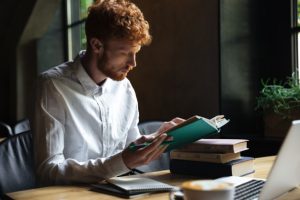 Steve Gunn was the first person to point out that every time I sit down to write copy, I first re-read everything I’ve written previously. As I’m going through, I make small edits and revisions. Then, by the time I’ve re-read my previous work, I’ve got momentum and dive right into writing.

This expedites my writing and editing process significantly because, by the time I’m finished with a first draft, it’s pretty well polished.

Interestingly enough, I was recently listening to an interview with the author Joyce Carol Oates on Tim Ferriss’s podcast – and she recommended the exact same process.

So it seems to me that this is pretty common with highly successful writers and something you should model off of too.

“Madam, all stories, if continued far enough, end in death, and he is no true-story teller who would keep that from you.”

We’ll end this email series with something quite existential. We’re all going to die. And we know it. We may try not to think of it, but in reality, our deaths hang over our heads from the day we are born.

This has, of course, been a topic of many great novels, plays, and poems…

But it also has applications in copywriting.

You may know that I’m a philosophy major and someone who has studied existential philosophy pretty extensively.

Perhaps this is why I’ve always thought about death when writing copy.

When you’re writing for a supplement or a fitness program, it’s worth noting that one of the biggest subconscious motivators of your prospect is that they don’t want to “get old and die.”

Yes, they also have the immediate pain point of being overweight, having high blood sugar, having poor vision, having high cholesterol, or whatever else…

But when you combine the immediate pain point with the deep, existential dread and terror that comes from staring down the grave…

That’s when you really reach people.

Of course, this isn’t the exclusive domain of health.

Even in biz opp and financial copy, the hanging shadow of death is omnipresent.

People don’t want to go through life being less than they could have been. They don’t want to be on their deathbed full of regret. Tormented by the fact that they never took a “chance” and remained stuck in some soul-sucking job.

They’re horrified that they’ll work up until retirement age, sacrificing everything, only to croak once they stop working…

But all of their unrealized aspirations and dreams too.

Even for dating offers: nobody wants to go through life alone and die not knowing what true love feels like.

For young men, it might seem like the promise of dating products is “have lots of sex with chicks, bro!” and on one level it is…

That’s their immediate pain point, I guess – not getting laid.

And in the dead of night, when they’re supposed to be asleep but are staring at the ceiling fan…

I know that's deep and kind of gloomy, but it’s something that’s inside all of us…that existential dread…which is why I generally think it belongs in your copy too. 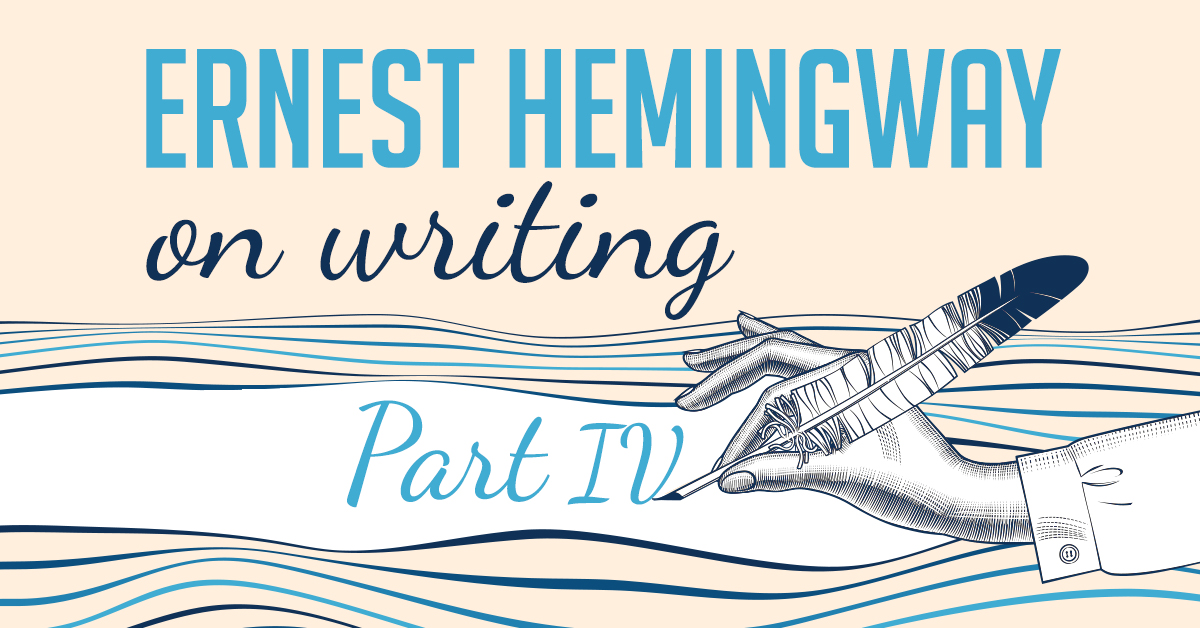 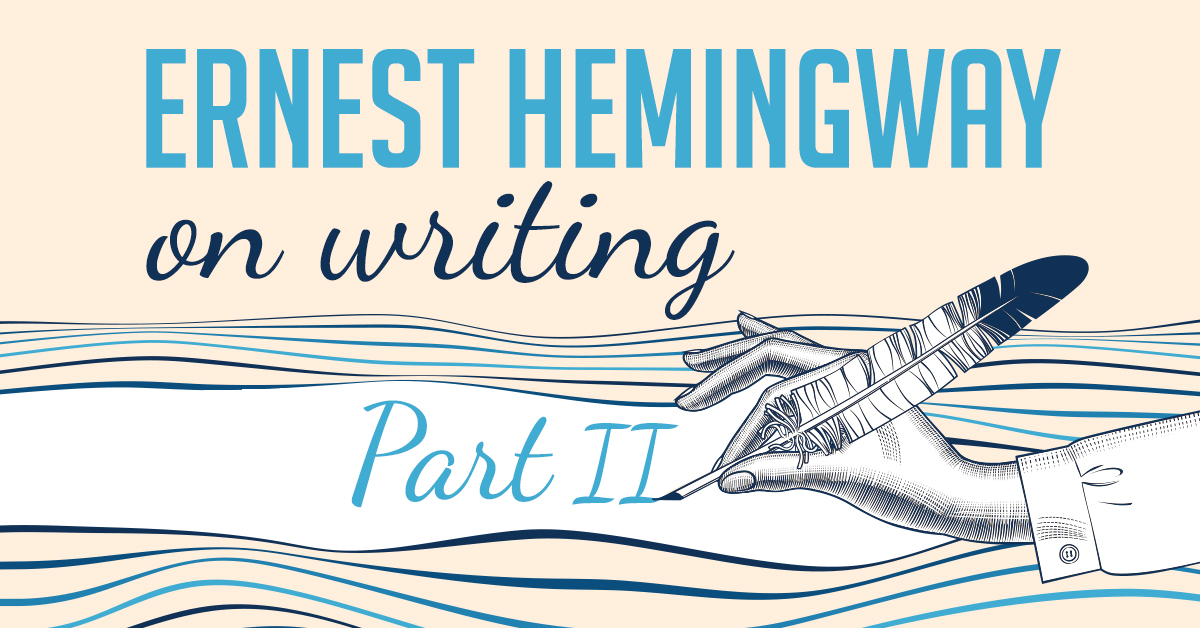 Ernest Hemingway On Writing [Part II]
← Freelancers: How does someone become a thought leader in their industry? Copywriting Lessons from Off Roading in the Desert →